We knew this weekend wasn't going to be very nice, so instead of inviting friends out and planning on a fun weekend we thought it would be a good time to get Lexie out on the boat for the first time and get a few little projects done.
﻿
After taking Lexie to the State Park to run I got busy oiling ALL the wood in the boat.  I destroyed an entire bottle of Old English and although I thought the wood looked great before, now it really shines!  We then set of for West Marine and to check out a place to potentially make our bimini.  By the time we got back, the crazy wind had slowed down a little and the sun even came out so we decided to make the most of it and go for a sail since it may be the only time this weekend that we could. 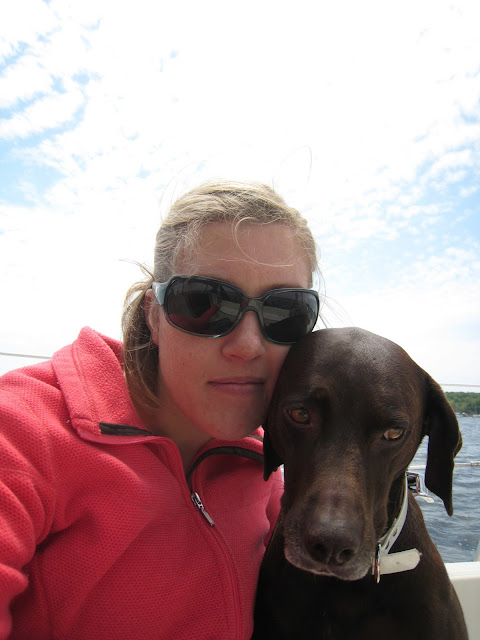 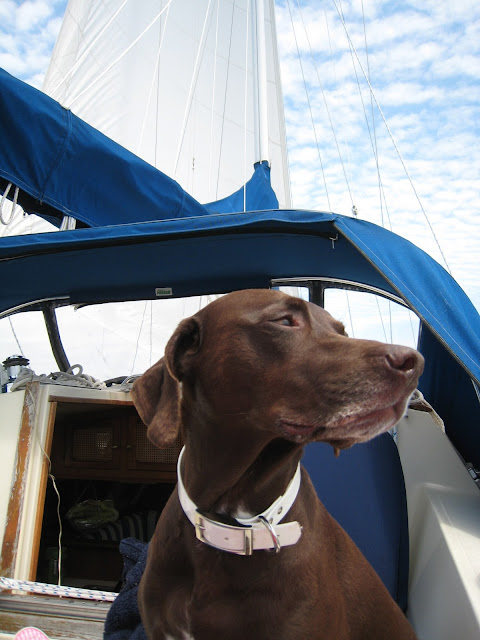 We took off down the lake with less than 10kts of wind and had a smooth, calm sail.  By the time we'd gotten to the end of the lake we had steady 20kt winds with some major gusts occasionally.  After trying to keep Lexie off our laps so we could tack and battling the feisty winds we'd had enough, we furled the jib and motored back to the mooring for some ice cold Yueng Lings and to take cover from the ever-increasing winds.
While hiding out from the wind Ron decide to replace both cockpit drain tubes (as in the ones that caused us to take on water last weekend), one of which required cramming himself into the lazarette, the other, contorting himself in/around the engine compartment. 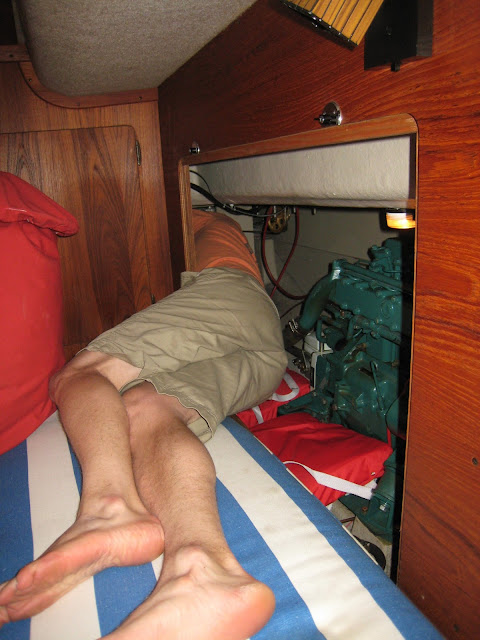 We ended our colorful day with a game of Battleship, which neither of us has played in at least 10 years.  It was a nice flashback and although Ron fell prey to my 'strategery' I'm sure we'll have more battles in the future.
So here's to hoping next weekend is more summery than this one...
Posted by Skelton Crew at 11:47 AM