Sleeping well on a boat is something that has been a real challenge for me as I'm an obscenely light sleeper. If it's not a surprise set of waves rocking me awake it's some random halyard hitting a mast, the sound of the wind hitting the rigging or water noises that make me wonder if someone is trying to steal our dinghy...true story, this single thought kept me up for hours last weekend. I remember being awakened and almost tossed to the other side of the v-berth on the MacG a few times because of boats coming and going at all hours of the nite and throwing wakes our way...not conducive to restful sleep.
﻿
﻿
Thankfully, those events have been, and will continue to be, more rare as Hullabaloo weighs about 13k lbs more than the MacG and drafts 5ft 6in instead of 1ft and we're no longer a small bobber moving to every ripple in the water. We're  actually still quite surprised by the stability of Hullabaloo, often commenting to eachother, "just think how bad that would have been on the other boat" on a regular basis when good sized waves hit the boat.

Although this newfound stability hasn't solved my sleeping woes completely. Those pesky clanking halyards still prevent any quick or extended trip to Sleepytown for me. Sometimes it's halyards from other boats making a hollow (albeit loud) "CLING" as they hit the aluminum masts, but most of the time it's the halyards and lines inside our mast that are the culprits.  Being that the mast is only a couple feet from our heads, this noise tends to be really distracting and annoying.  Since the mast isn't coming down again anytime soon I guess I better get used to it but believe you me, the next time that mast is down those lines will be secured somehow!

Ron is another story completely, I'll ask him if he heard all the thunder that rolled through the night before in a storm that kept me up for its duration and his usual response is, "There was a storm last night?". Oy, guess that means I'll have to be even more on alert for troublesome noises...or more likely, noises that don't mean anything and just keep me awake.
So just for fun, let's compare how Ron and I sleep differently on the boat: 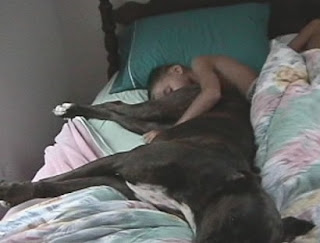 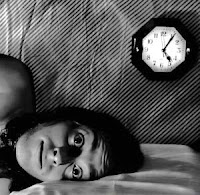 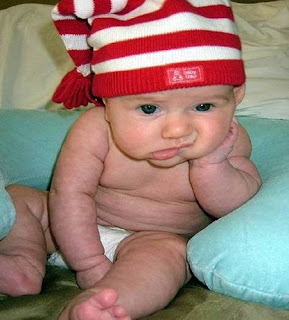 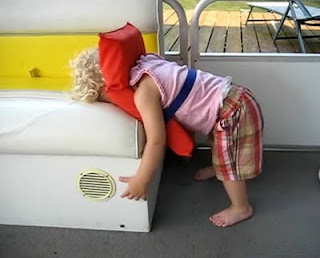 Here's to restful sleep on the boat this weekend!