After leaving our friends in Sister Bay, we took off for Fayette, MI. We started the 45 mile trip with light winds and flying the spinnaker. With the weather forecasted to be light winds around 10kts and waves less than 2ft we were not prepared to get caught in fast-building winds and waves. Fortunately, we had taken down the spinnaker about 5 minutes before the winds shot up to 15kts- not the kind of wind to be flying a spinny. I got caught down in the cabin bouncing around trying to close hatches that had splashing water soaking the v-berth and head and was thisclose to getting seasick. The rest of the trip seemed to take forever with winds reaching 25kts and waves about 4 feet with the occasional 5-6 footer hitting us from the side. Blech!

Snail Shell Harbor in Fayette is supposed to be one of the best natural harbors on Lake Michigan but we began to get a little nervous when we got close and only saw big, open bays facing the weather. Then we saw the marker for the entrance into Snail Shell Harbor. We came into the harbor only to find that the dock was pretty much packed. A big yacht that came in before us had to turn around and leave because they wouldn't fit and if we had to do the same I may have cried. People at the dock saw us trying to decide what to do and asked how big our boat was. When I shouted back that we were 36 feet, one of them paced off the only open area and said we'd fit...phew!!! There were multiple people waiting to take our lines and help us squeeze into our spot. All the other boats were end to end and we barely managed to get into a 38 foot opening. We even had to take our anchor off the front of the boat so it wouldn't hit the front of another sail boat. Pretty close. And I was so relieved we didn't have to motor for another hour in the rough waters.
Fayette is ghost town turned historical park that had a short-lived 24 year boom from mining iron. Once the mine shut down it didn't take long for the rest of the town to follow. There are many buildings still standing, although some are not open to the public. There are even more stone foundations marking the locations where buildings once stood. I loved going around reading all the plaques and exhibits talking about life when the town was booming. Ron on the other hand checked out a couple buildings and walked Lexie around. We also happened to be there during Heritage Days which included people in period clothing singing "Jimmy Crack Corn" and "Goober Peas". We actually heard "Goober Peas" a couple times...still weird after multiple rounds. There was a blacksmith putting on demonstrations of how metal was shaped and worked and crafts for kids at various locations. We also got caught up in a lengthy conversation with a couple from the Fayette Historical Society. Very interesting couple with a lot of knowledge about the town. 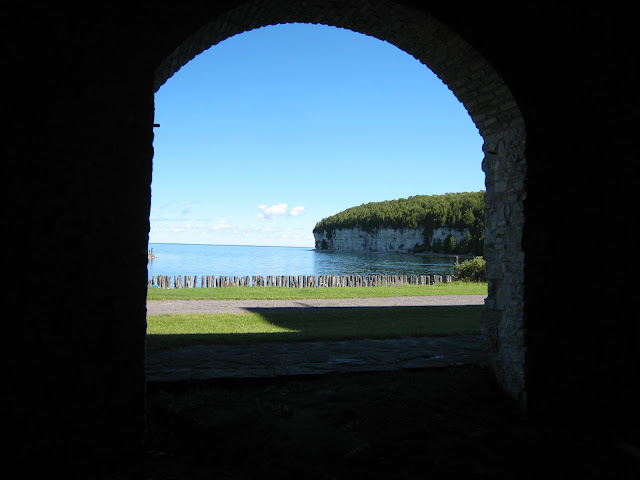 The weather had also finally warmed up and we spent some time soaking up the sun on the deck and people watching. 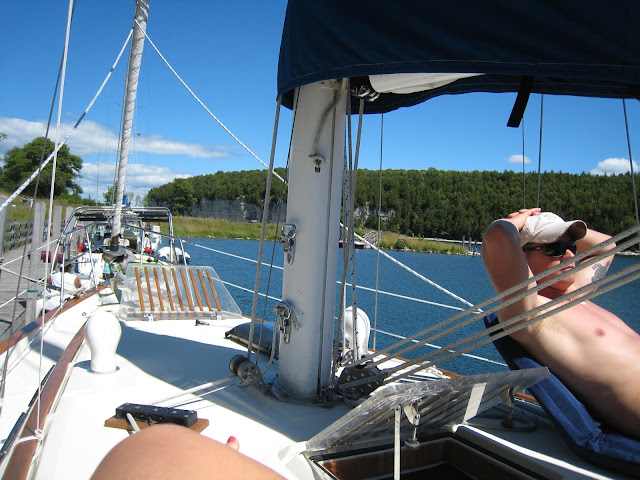 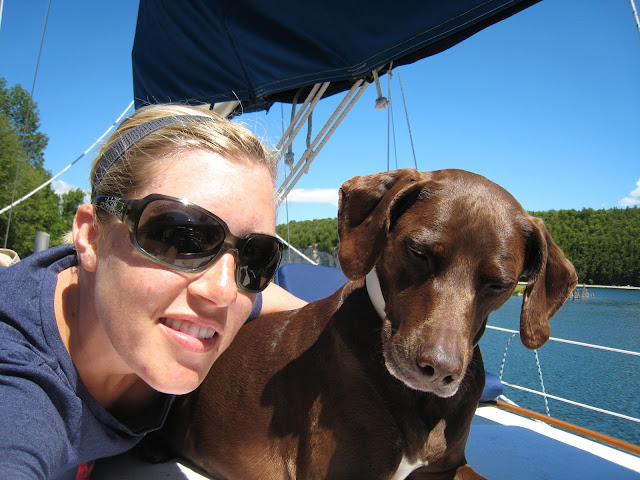 We decided to catch our last sunset in Fayette from the trail up on the cliffs. We walked out to the point, stopping at various stop-offs to take in the views and were treated to great views of both the town and the sunset over the water.﻿ 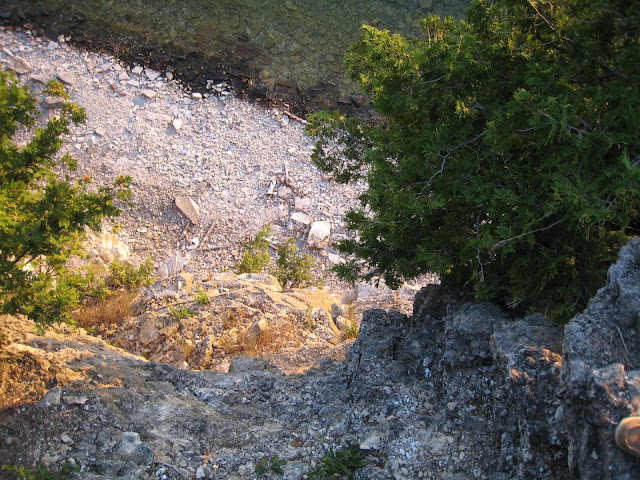 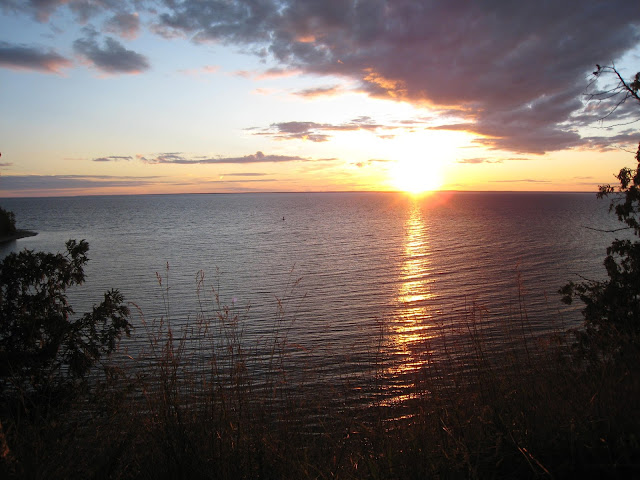 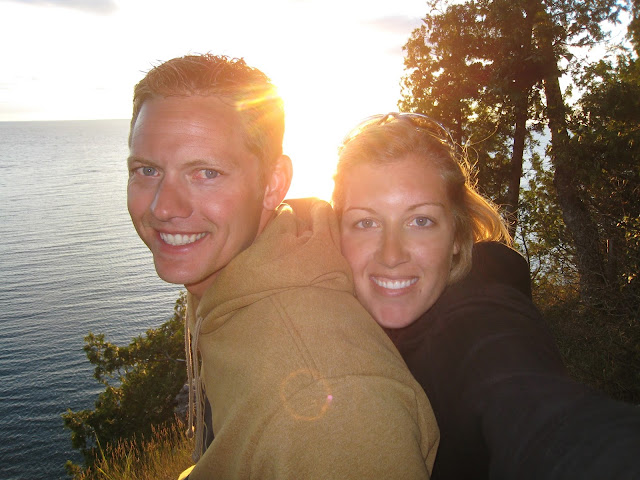 Email ThisBlogThis!Share to TwitterShare to FacebookShare to Pinterest
Labels: Fayette