I know winter is cold in Michigan, but the last few days have been ridiculous!  We've been stuck in the house for the last 3 1/2 days due to single digit temps, -20 to -30 degree windchills and winds from 15-30mph.  Not to mention the accumulation of about a foot of snow.  This.Is.Miserable. 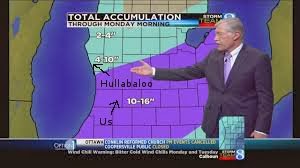 Every school and most nonessential service businesses are closed up.  Not just because it's so cold but because many of the roads are near impassible within an hour of being plowed because of drifting from high winds.  In fact multiple counties have deliberately had to stop plowing at certain times because it wasn't doing any good.

Usually snow days are fun; playing in the snow, skiing/snowboarding, snowmobiling...well not this time.  This time people are pretty much stuck in doors.  Unless, that is, you don't mind getting brain freezes from the wind, being blinded by snow, or being unable to feel your extremities after a couple minutes.  I seriously considered wearing my snowmobile helmet just to shovel off part of the back deck (so Lexie could get out). But I didn't.  It hurt.  Ron heard about it.


Believe it or not, we have actually been somewhat productive while being stuck inside.  Ron started yet another project on our list: replacing the rotted transom on our dinghy.  He removed the rotted piece of wood, which gave us an excuse to venture out and test our luck on the roads to get supplies to replace it. 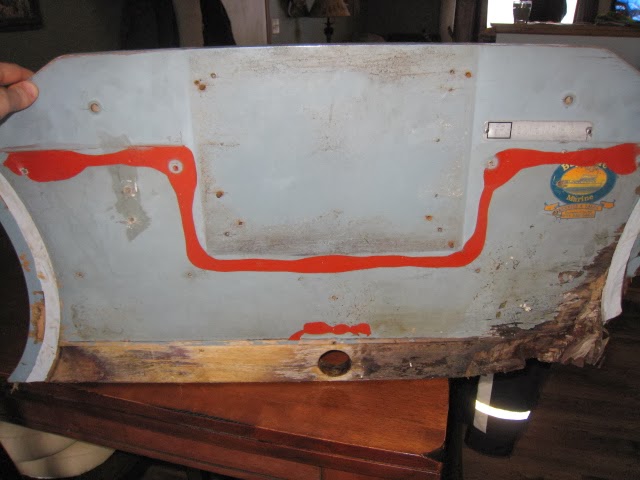 All of this being stuck inside is really giving me some major cabin fever.  If this weather keeps up, this might end up being a local news headline, not just a couple song lyrics.