Playing with our dinghy


We knew when we bought the dinghy that the transom was a bit rotted and the bottom was a little leaky. But it didn't really leak that bad so we put off replacing it until just recently. We didn't want to put much money into it since the dinghy is 15 years old, even though it's in pretty decent shape. I don't have high hopes that it will last real long in the hotter climes once we leave but aren't ready to buy a new-to-us dinghy yet either.

Removing the old transom was the hardest part. The transom tube supports were actually pretty tricky to get clean, the wood broke apart before the glue did so we had to scrape, heat gun and Goo Gone the supports to clean them up and give the new adhesive something good to stick to. 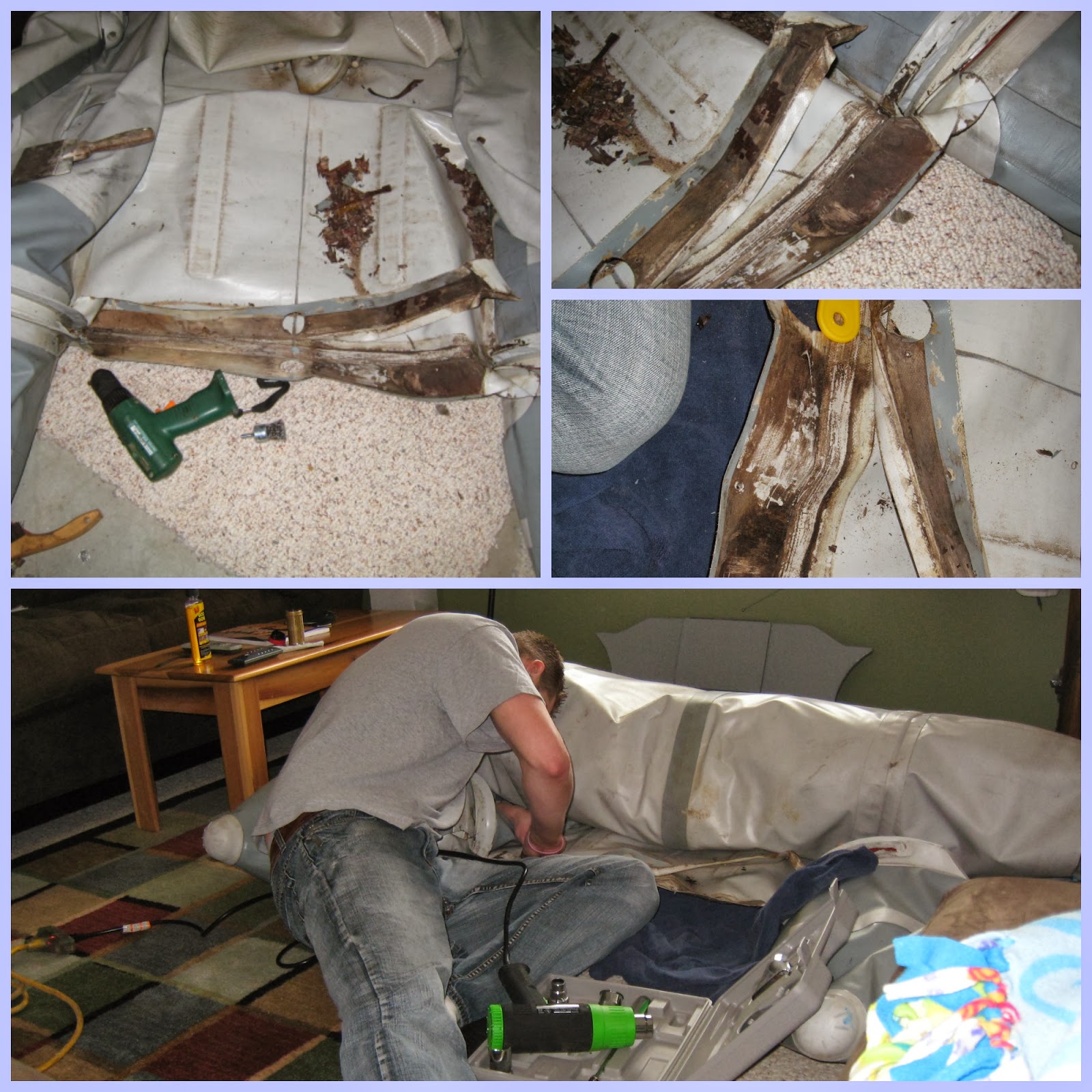 We bought a piece of 3/4" oak plywood, Ron cut out the shape and drilled the hole for the drain then we put a couple layers of fiberglass on and painted it. Voila. 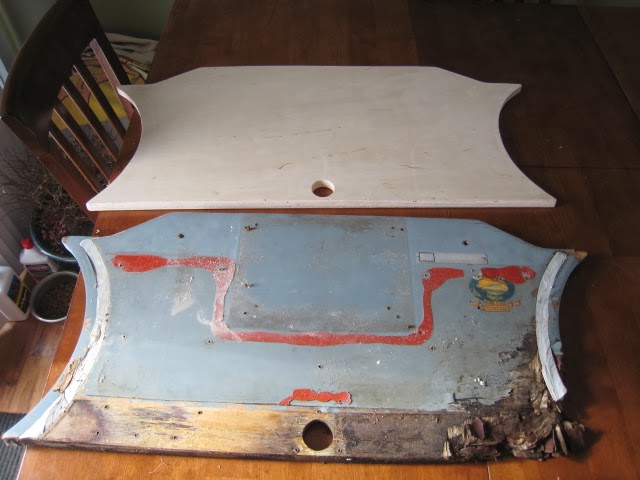 We opted to use 5200 to put the transom back on, you know the NEVER-coming-off, will-outlast-cockroaches-and-nuclear-meltdowns adhesive . At this point, the transom will outlast the rest of the dinghy by far so we're not really concerned with being able to remove it. 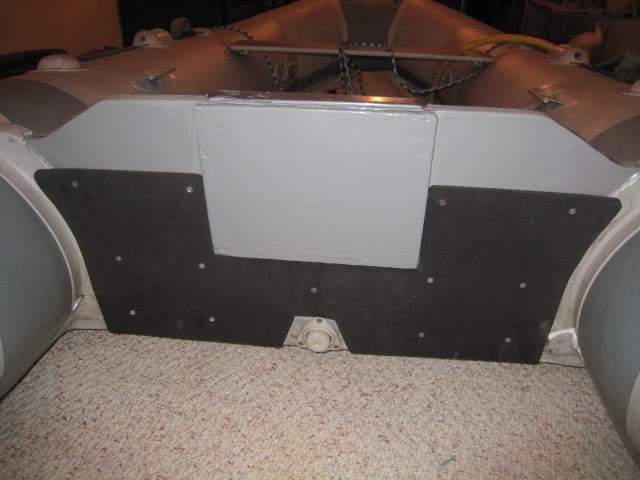 People hate to see us go, but now they'll love to watch us walk dinghy away.
Posted by Skelton Crew at 12:02 PM