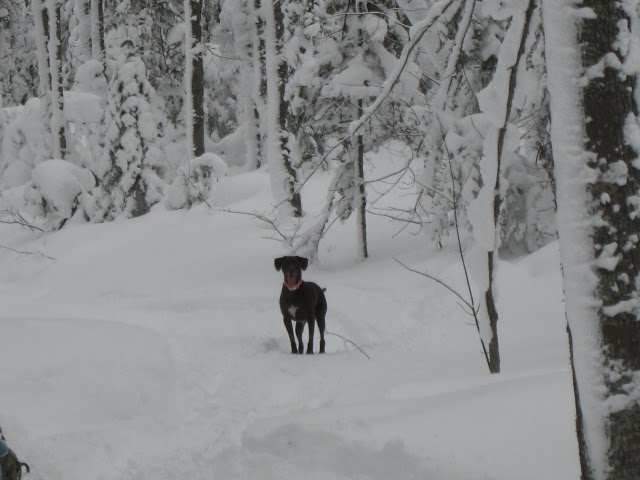 As I reported here, we usually take a warm, tropical vacation in January. This year we did not. In the interest of saving money to start cruising next year, we decided it didn't make much sense to spend a bunch of money to go somewhere we would probably get to on the boat in 1-2 years.  So we headed in the opposite direction. You got it right, we headed farther into the great white north.  We took a long weekend with some friends to head up to my dad's cabin in the Upper Penninsula on Lake Superior near Whitefish Point.  It was cold but man was it pretty! 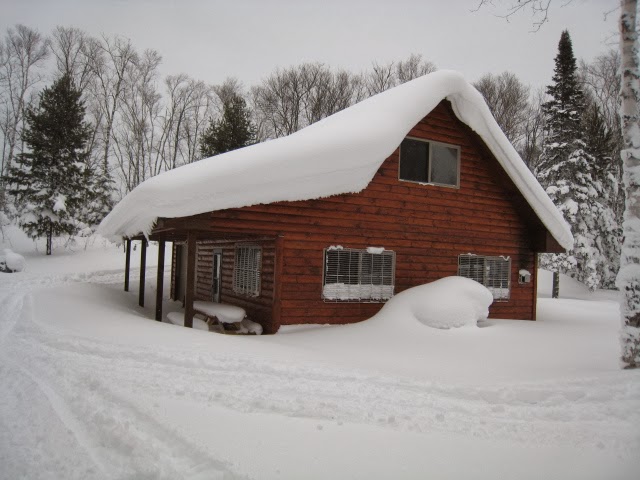 The cabin is on a two-track that pretty much requires 4 wheel drive to get to in the summer and you can definitely forget about driving to it in the winter.  It's snowmobiles all the way.

We've never had to drift-bust or break trail to get back to the cabin as we did this year. We had to shake the heavy weight of the snow off quite a few small trees just to make it down the trail.

Some of the drifts along the trail on the lakeshore were so big that Ron had to remove the sled we were pulling with all our gear and had me and Lexie get off the snowmobile just so he could break the trail ahead of us and actually make it through. In case you're wondering, Lexie rides on my lap wrapped in a blanket to get to the cabin. Try balancing yourself and a 55lb dog on a rocking snowmobile with no back rest on a sled barely made for two people for 30-45 minutes straight. Now that's a shoulder and ab/core workout if I ever had one.
The highlight of these trips for me is riding to Tahquamenon Falls; eating lunch at the brewery, having the best hot chocolate and checking out the falls in a much different state than most people experience them.

On our last day we decided to make a bonfire and hangout after a chilly and somewhat scary ride back from the lighthouse down the lakeshore. 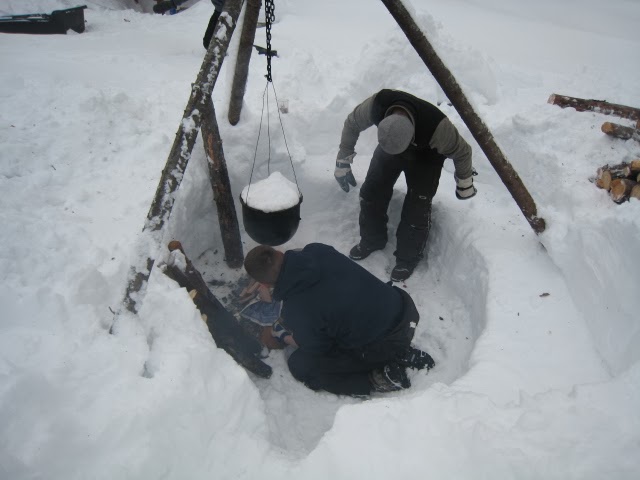 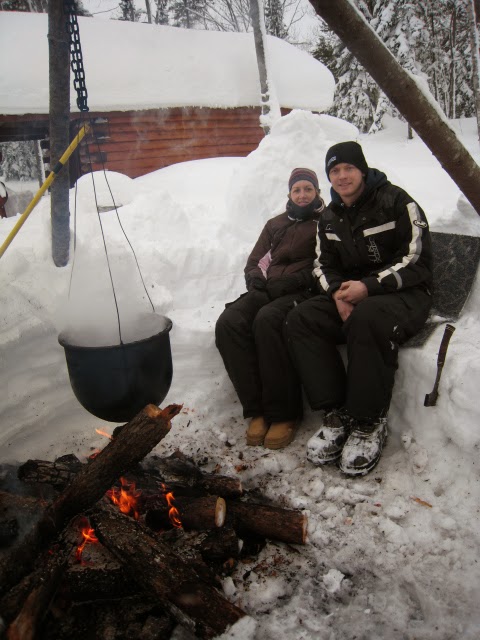 Even though this trip was exactly the opposite of what we usually do for vacation this year, it was a blast. Chilly but a blast. And we got to see Jerm dump Ang and himself off their sled a couple times. That was fun :)
Posted by Skelton Crew at 11:07 AM