Since upgrading to our 45lb Mantus Anchor, our ground tackle has consisted of this fabulous anchor, 6 feet of (some sort of) chain and 200 feet of line. Before leaving we had planned on putting 100 feet of chain on the anchor to give us even more holding power but at somewhere between $4 and $6 a foot that was going to be a fairly hefty - but necessary - upgrade.

As luck would have it Gayle and Jon, who also gave us the great inverter advice, who also did the same trip we're planning, happened to have some extra chain from their trip. They took off with 250ft of 5/16" BBB chain and only used anything over 100ft a time or two. They had sold the 100ft of chain they used but had 150ft left over that they'd be willing to sell us at a great price just to get it out of their garage. Win/win. For about half the price of brand new chain, we got 150ft of chain, most of which had never touched the water. Sa-weet!  Just another example of why people in the sailing community are so beyond fabulous! 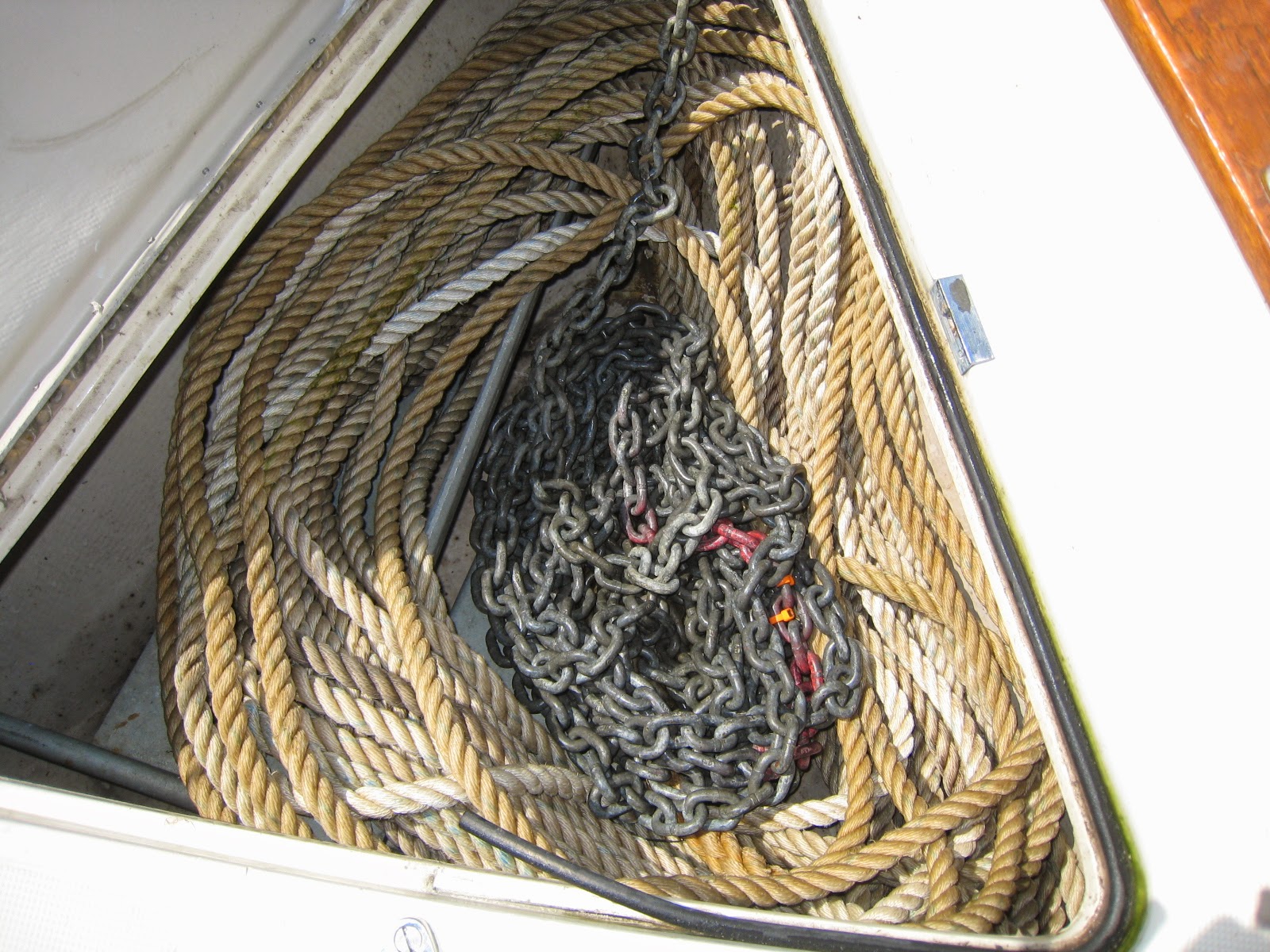 We put 50ft of chain on the anchor for now. Before we leave for good we'll switch that to our other anchor (25lb Danforth) and put the 100ft on the Mantus.

In order to be able to put the chain in the anchor locker and have it latch securely, Ron used the dremel attachment on the drill to grind down the opening on the front of the locker lid. It only took about 15 minutes to do and now our chain is snug and secure. 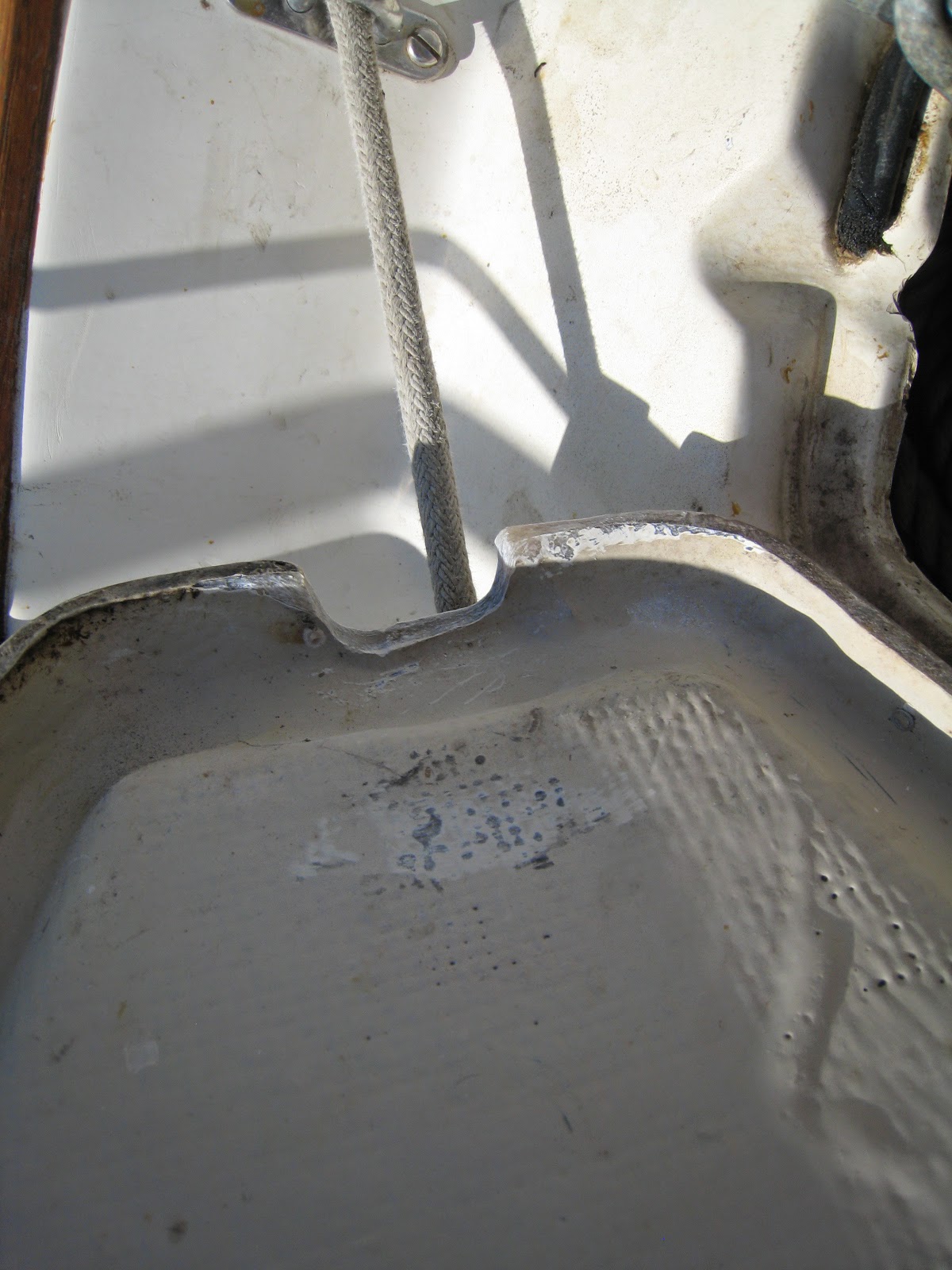 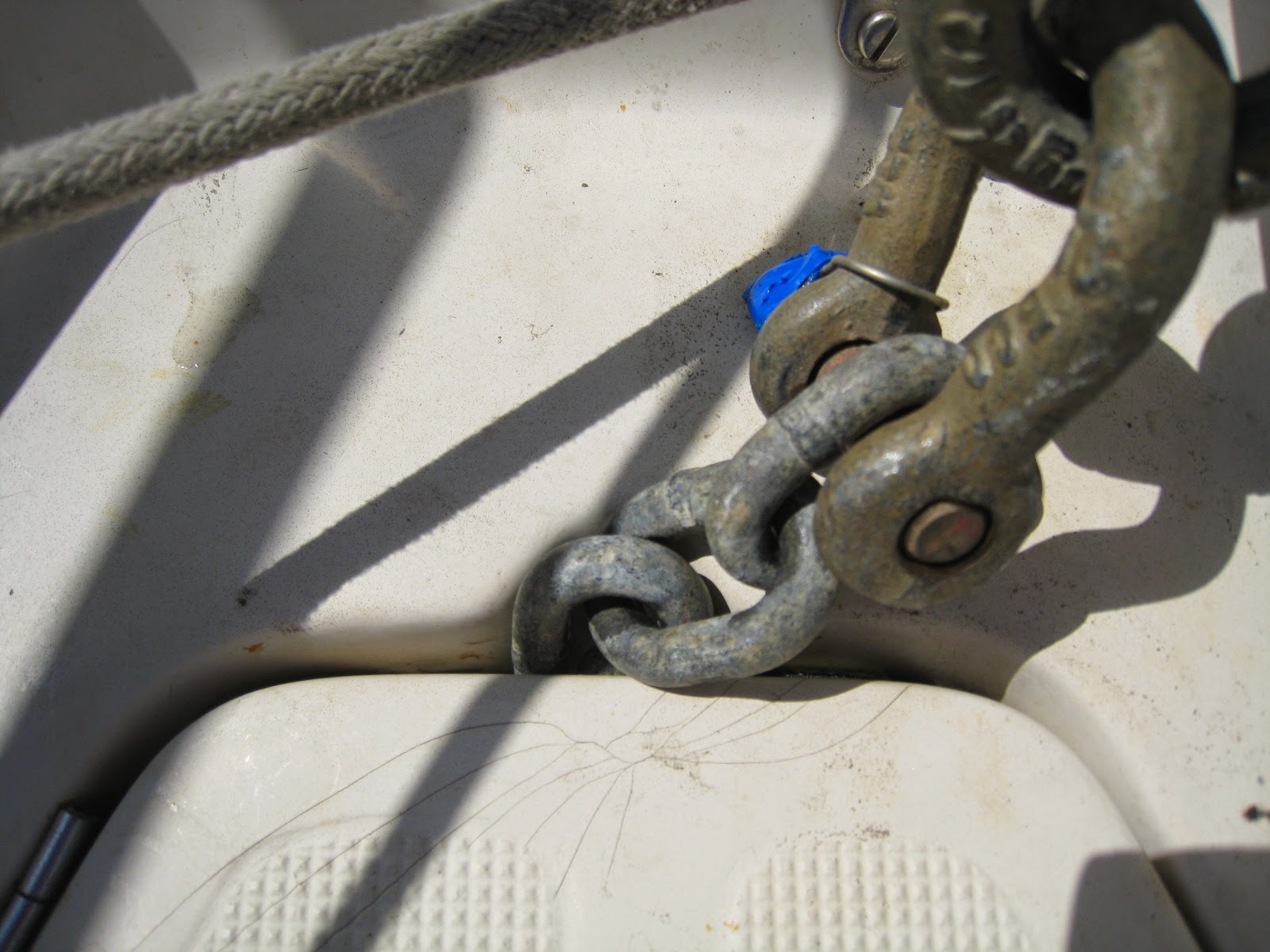 It should also be noted that with this new chain (and weight in the water) yours truly is also sleeping better than ever on the boat. Yahooooo!

In case you're wondering if this will lead to us getting a windlass pronto the answer would be no. Actually, Ron thinks it's easier to weigh anchor with the chain, and I tend to agree with him. I was actually able to get the anchor and chain up on my own easier than I was just the anchor (which I couldn't do on my own if you remember). Go figure. Besides, he really enjoys pulling the anchor by hand and I kinda do too. It's an intense little workout that gets the endorphines pumping pretty good and might even burn off some of the rum and cokes we sample!
Posted by Skelton Crew at 4:00 AM