Social Media: We've Gone to the Dark Side

Okay, okay, okay. We've finally done it; Skelton Crew officially has its own Facebook page. I resisted as long as I could. Over the last couple months a couple of people, as in exactly TWO,  have brought up the fact that we needed to start a FB page for the blog to not only make it easier for them to follow the blog but to also keep people (who *might* actually care) updated on our plans. I declined. FB? Us? Nahhhhhh, but thanks for askin'.
Then a request from my friend Kim got the wheels turning. We are within a year of actually leaving ::knock on wood:: and maybe, just maybe we have something worthwhile to share. So I did it.

We'll see how this goes, I make no promises of frequency, quality or quantity of posts - consider yourself warned - but we're officially 'FB Official' now! We even have the infamous 'Like' button over there ---> somewhere. Don't ask me how I did it, all I can say is that it took a couple hours to do it and I still don't like how it turned out (man I sound old!). 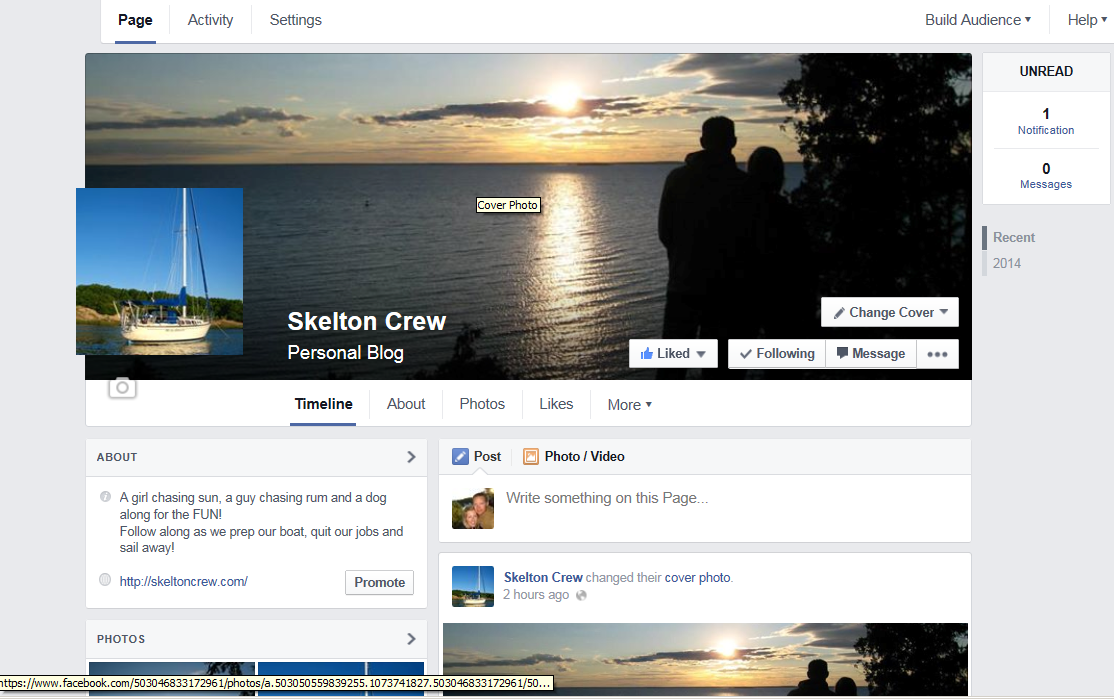 Although we're now livin' it up on FB, don't for a second think that we'll be popping up on Twitter, Instagram, Pinterest, Tumblr, Flikr or any of the other million different social media sites out there. At least right now. Waaaaaaayyyyyyyy too much work, we just want to have fun, which is the whole point of this plan to sail away right?!? Right.
Despite my whining and compaining about all this, it should be pretty entertaining! So hold on tight, as Ron likes to say, "Sh*t's gettin' real!" and indeed it is. ﻿
Posted by Skelton Crew at 4:00 AM

Email ThisBlogThis!Share to TwitterShare to FacebookShare to Pinterest
Labels: Randomness