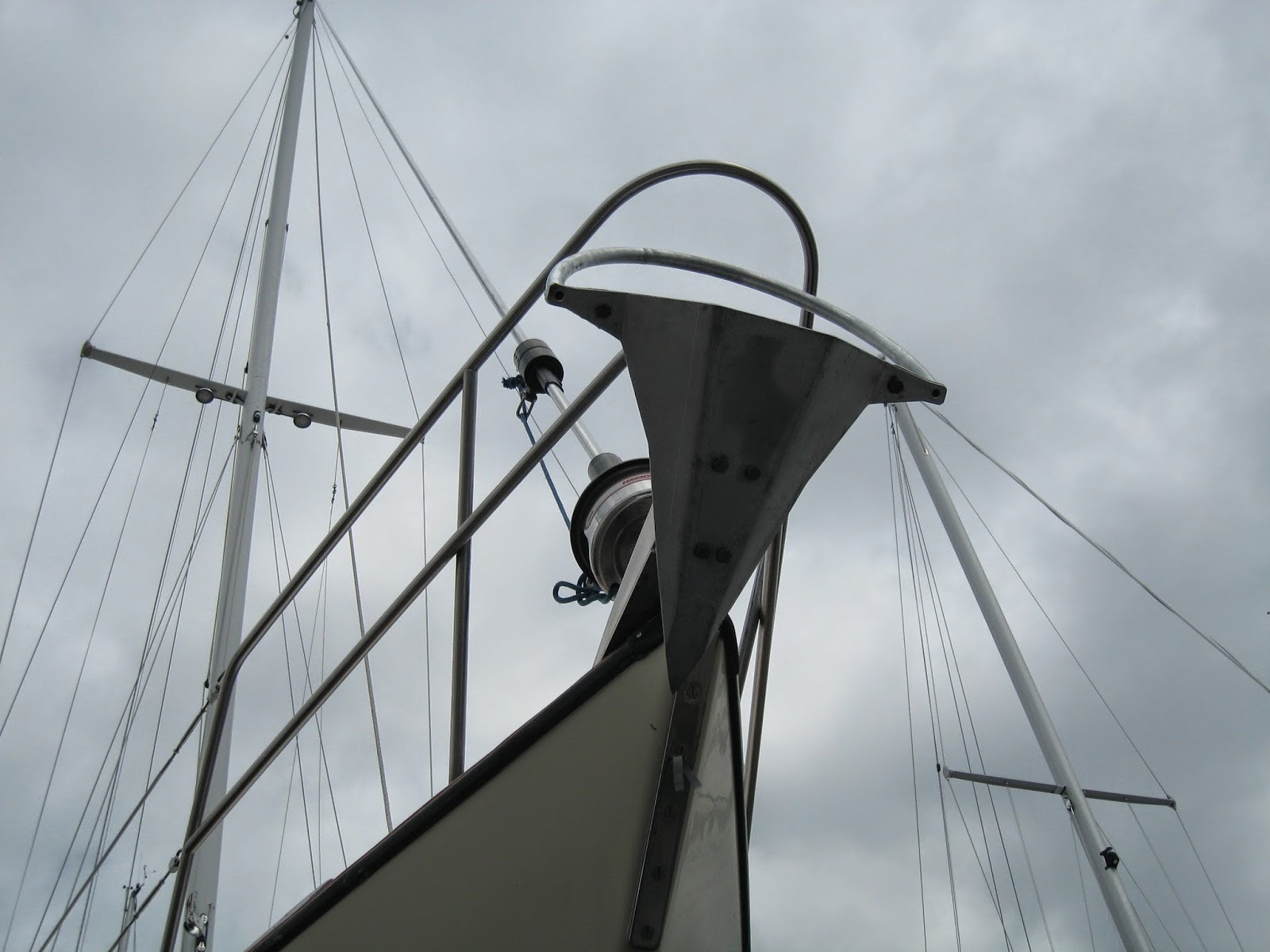 Being able to stay put when you need to stay put is as important as moving when you need to move on a boat. Having the proper ground tackle (anchor and chain/rode) set-up is the difference between safely sitting out a nasty storm and being blown around, possibly hitting shore or other boats. The latter is Not.Good. Not only is a proper anchor vital to the safety of the boat and those on it but, in my case, it's also vital to peace of mind, sleeping at night and not morphing into a walking, paranoid basket case constatnly nagging their spouse about how much scope is out (ie. how much line we have out that is attached to the anchor).

Let me just say that we haven't moved an inch after anchoring all summer. We even decided to really test the anchor when we only had about 75ft of line out in 25 feet of water during some 20-22kt winds. This was during the daytime and we were just hanging out on the boat, had it been over night we would have let more line out to be safe. But guess what? Yup, didn't move. Yes, we know the 'proper' scope is 5:1 minimum but this was for the sake of science!

I've mentioned a few times about being a very light sleeper and having trouble sleeping on the boat before and it turns out that most of my sleeping woes were related to anxiety about dragging anchor. Well, that and thieves trying to steal our stuff...but mostly dragging.

And have you ever tried to pull one of these up by hand? I tried after a night anchored out that had only slight winds and that thing was burried so hard I could never have gotten it dislodged on my own. Point for better sleep at night (and no more bags under my eyes!).

Let's just say that when we drop anchor I no longer sit on deck staring at shore trying to make sure we're not dragging, instead I'm kickin' back enjoying myself. What a concept.

Our 45lb Mantus anchor is worth its weight in gold if you ask me, and having it onboard and knowing that THIS.THING.WORKS. only makes me that much more excited to get out see new places!

Email ThisBlogThis!Share to TwitterShare to FacebookShare to Pinterest
Labels: Anchor