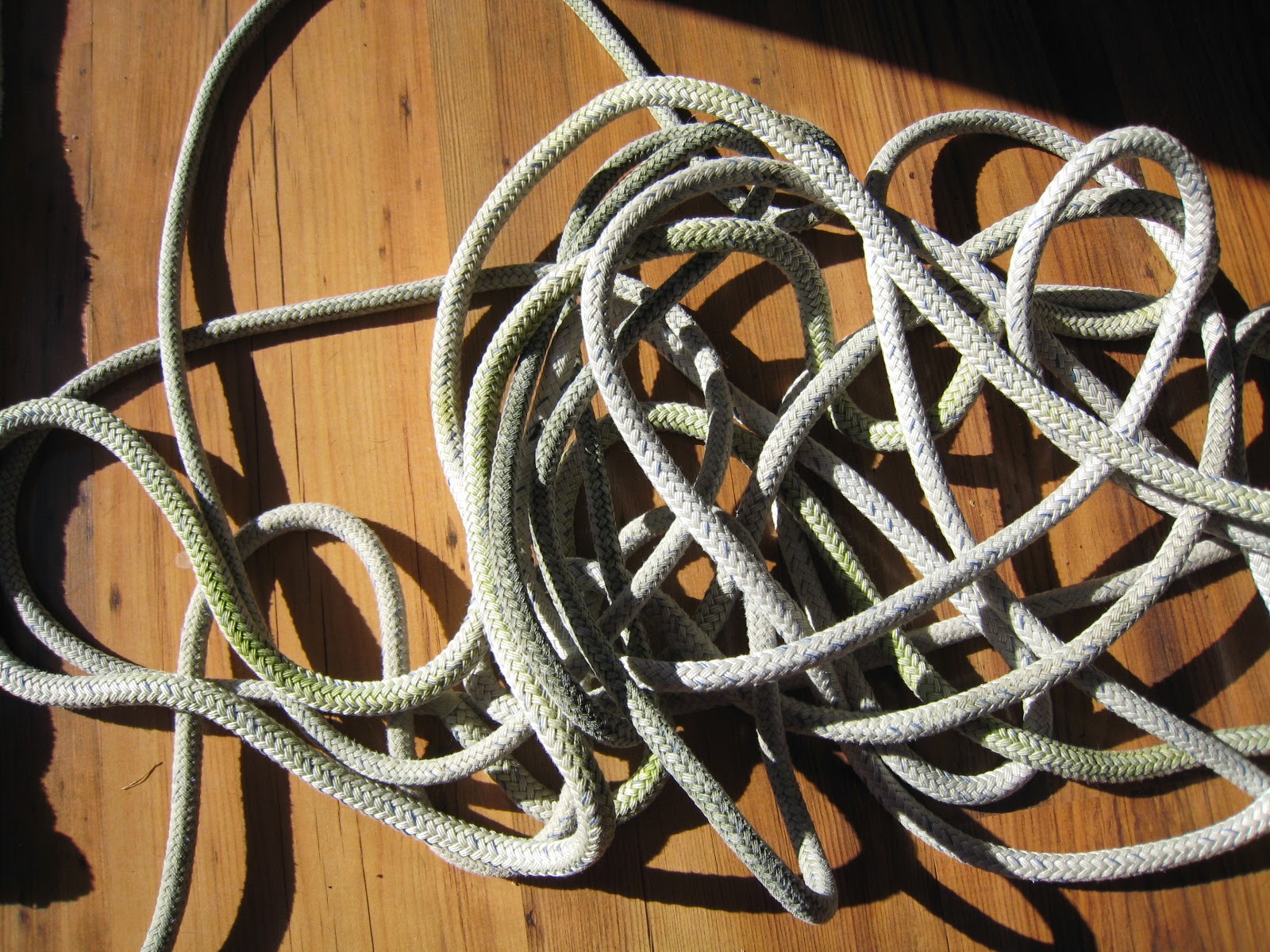 Just like everything on a sailboat that needs care and maintenance, our lines are no exception. And some of our lines are looking a wee bit...nasty; some in part because of frequent (main sheet) and others due to lack of use (cunningham and boom vang lines).

The main sheet is not only used to adjust the main sail, which can be a lot when Ron is 'playing', but it also serves as a convenient hand hold when descending the companionway stairs (which is also a lot). Throw in some greasy, sunscreened hands doing all the touching and you can see how it would get grimy after a while. The boom vang and cunningham lines on the other hand are used much less, the ends generally lie on the deck and soak up water and have been allowed to get moldy, crusty and downright gah-rossss. Shame on us!
We've replaced a couple lines here and there and thought that we'd need to replace these as well but instead of just going out and getting new ones, and since we have 5 months of winter to play with them, we decided to try and wash them first and see what happens.
We packed the lines in  pillow cases, tossed in some detergent and Oxyclean and let the washer work its magic. The good news is that the main sheet and boom vang lines brightened up and can be put back on the boat, the bad news is that the cunningham did not (shocker). Besides the discoloration, the line was getting to be fairly brittle and stiff so we decided to just get a new one. At least it won't be too costly as it's only 18ft long and Ron can splice in the loop himself.

I was sort of secretly wishing they'd all need to be replaced so we could spice up our color motif but the cheap practical side of me would rather not waste perfectly functional (but boring) line.
Posted by Skelton Crew at 8:18 AM