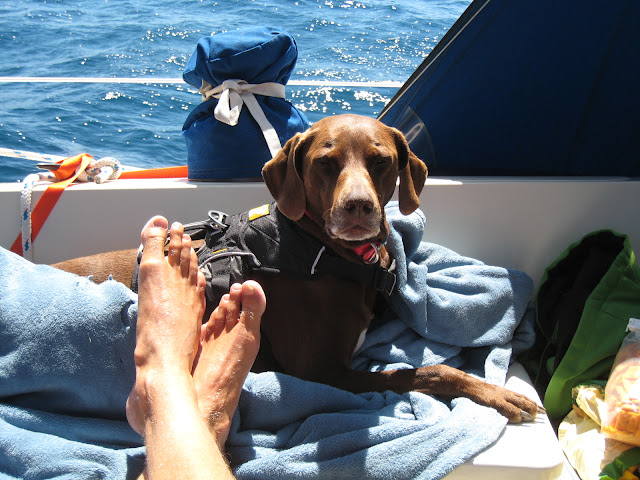 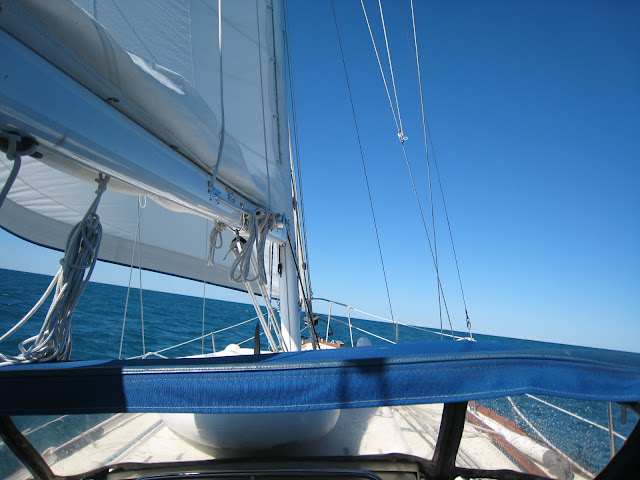 I'm backtracking a smidge here. You know, to a time when we weren't short-term illegals in our own country.

We had a pretty exciting crossing from Port Elgin, Ontario to Harbour Beach, MI. Actually, we were in some of the largest seas I've been in. I was a bit nervous about heading out in the waves after two days of high winds, but the forecast was showing decreasing winds and waves and both were in a favorable direction for a crossing. If we waited until the next day we would have had to head south and pound into waves, so we went for it.

Before when I'd been in big seas, they were the typical Great Lakes pattern; steep and stacked and not the most comfortable to be in. Luckily these waves were much more like large ocean swells and gave us a great ride back home. 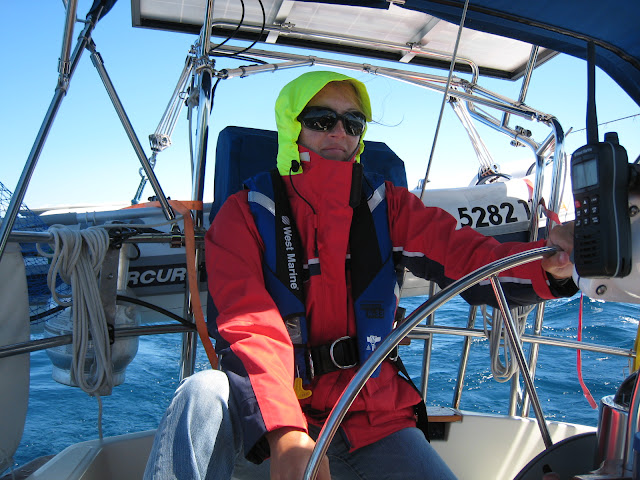