First of all, sorry for the silence! Just know that we have been having a great time up here in the North Channel (even with ZERO internet or phones). Lots of posts to coming so don't give up on us yet ;)
We had a bit of a white-knuckle ride up to the Les Cheneaux Islands from Mackinaw City, to say the least. The winds were rippin’ across the straights and we had to zig zag (technical term – FYI) our way between Mackinac Island and St. Ignace in the Upper Penninsula while fighting some steep, stacked six foot plus waves that wanted to hit us on the side (not good). Despite their efforts they only had us rolling good a time or two, or three. I, as usual in rough weather, was perched on the high side bench with Lexie laying down behind me and my legs wedged against the other side of the cockpit to make sure neither of us took a nasty spill. I know I’ve said it before, but she is the best boat dog, she just sleeps the whole time, maybe sticking her nose up for a sniff or two then it’s back to snuggling under her blanket. Makes our lives so much easier in stressful times like this!
However, once we got around the back side of Mackinac Island we had a fantastic downwind sail, 20-25kts behind us and we were cruising along at 6.5kts with just the headsail up. Unlike many times before, we weren’t getting rocked by big following seas, it was a peaceful (yet speedy) path right up to our channel. I love it when that kind of thing happens. 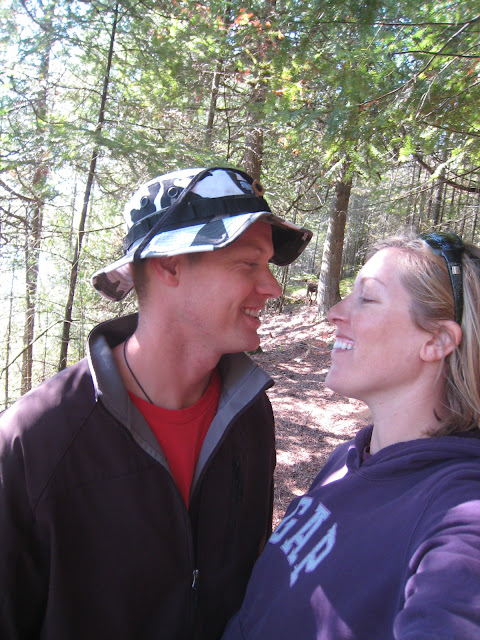 We anchored in Government Bay, just north of Government Island, the only public island in the chain. We knew we needed somewhere to 1) take Lexie to shore and 2) somewhere that we could walk around and explore without taking a 2 mile ride into the main town -Cedarville- multiple times a day. We spent a little time trolling for fish in the dinghy (no fish) and went into Cedarville to grab some groceries. On the way we stumbled passed the historical museum and I managed to squeeze in a good 30 minutes of looking around it, much to Ron’s disinterest. But most of our time was spent checking out Government Island. There were multiple campsites around the island, all connected by small paths and, despite all the sites, we didn’t run into anyone else. It felt like we had the place to ourselves and it was fabulous! 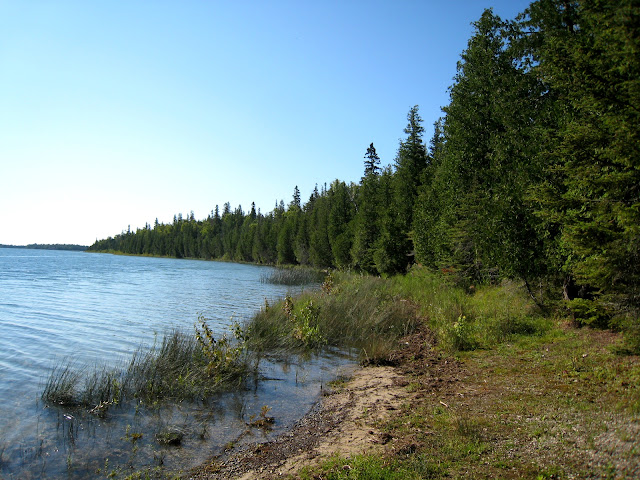 After being stuck on a leash for a while, Lex got to run, sniff and swim to her little heart’s content. One evening we even had our own little wiener roast and enjoyed the first bon fire of the trip…until the mosquitoes found us. 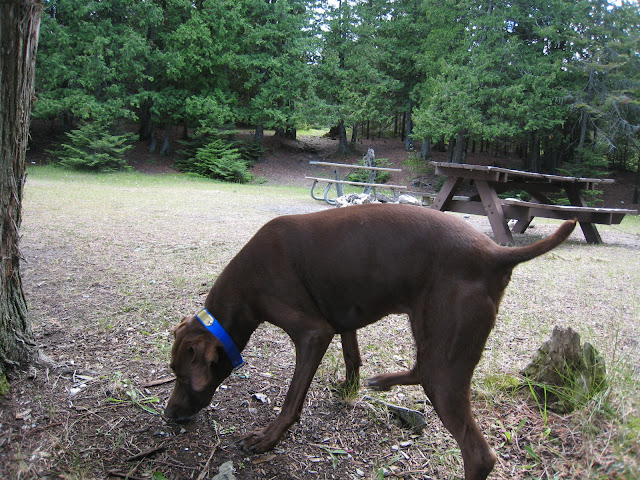 Just a snapshot of a couple pics here for you, many more to come...once we get a steady internet signal...get ready!!
Posted by Skelton Crew at 9:45 AM