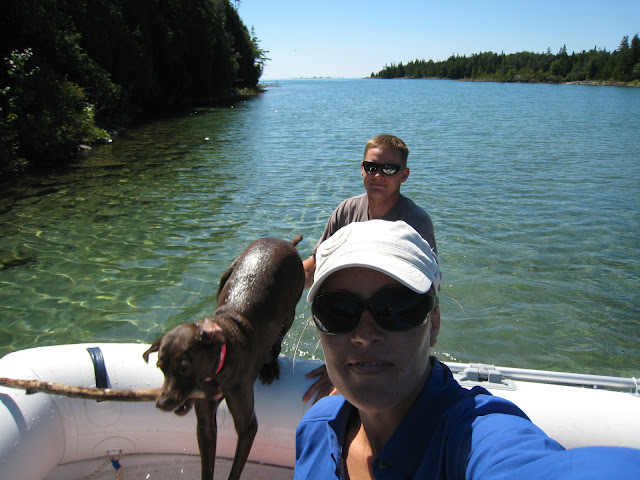 Despite some continued engine trouble and dodging weather, we managed to keep truckin' through Lake Erie and I'm happy to say that the east side was much kinder to us than the west thanks to some surprisingly nice anchorages and some new friends.

One of our first stops once in Lake Erie was near "the Key West of the Lake Erie". We dinghied across the choppy channel from Middle Bass Island and spent a few hours checking out the town...and taking advantage of the wi-fi and Mr. Eds. It was pretty calm on the Monday morning we ran over there but I can see how it can get a bit crazy. I almost got some of the lobster bisque at the Boardwalk and since skipping it have heard nothing but how good it is. Ya win some, ya loose some. I'll just have to wait for (fresh) lobster bisque on the East Coast I guess.

We had been planning on meeting up with Ron's brother in Erie, PA and up until a few days before we got there we weren't sure if it would work out. But I'm so glad it did! Ron's brother, sister-in-law and their two munchkins spent a few days on board at Presque Isle State Park and we had so.much.fun. We don't get to see them too often but it's so nice when we do! 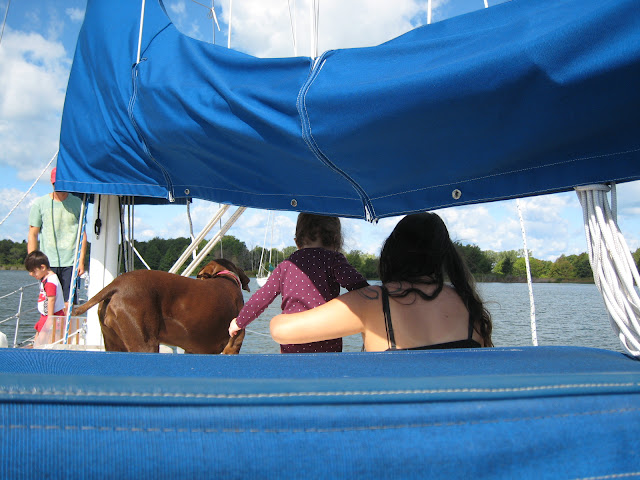 Naturally, after Ron's brother left, we got socked in for another four days with weather. Lake Erie has a real knack for delaying us when we're ready to move. But we weren't alone, Jim and Chris from Marley, Mangoes and Mermaids also happened to be waiting out the weather with us...and they just happened to be going to the same next destination as us too. Socialization, sweet!

After Erie we headed to the small town of Dunkirk, NY. We'd heard that they had a town dock that was free to use. Free??? We'll take it. We arrived around 3pm with not another boat on the dock and noticed that a small stage was being set up along with some beer tents. I can't tell you how many times we've pulled into a town as it was setting up for, what looked like, a fun summer festival, only to realize that we would be leaving a day or two before it starts. It was only Thursday, so we figured that same luck was still with us, until people started showing up with camping chairs. Before we knew it the whole pier filled up with people and we had front row seats to a show from a Creedence Clearwater/John Fogerty tribute band.

We spent the evening enjoying the music and bouncing between our two boats (Hullabaloo and Jim and Chris' boat Radio Waves) having some drinks and chatting until way past my 10pm bedtime. What a great time! I think we've made some more fast friends, funny how that happens so often in the cruising community (and one of my favorite things about being in it!).
Posted by Skelton Crew at 3:00 AM