Well friends, we've made it to New York! I'm still having a hard time believing it myself. We pulled up to the 79th St. Boat Basin and fortunately there were mooring balls available. We snagged one and made arrangements with the marina office and set out to check out the city. We're not really big city people (if you hadn't figured that out yet) and, although we're stopping, weren't sure how long we'd actually stay. Actually, Ron said he could blow right passed it and not stop at all and he'd be just fine with it. However, neither of us had been here before and what's the point in traveling if you're going to miss land marks like New York City?!? So we took a few days to take a look around. 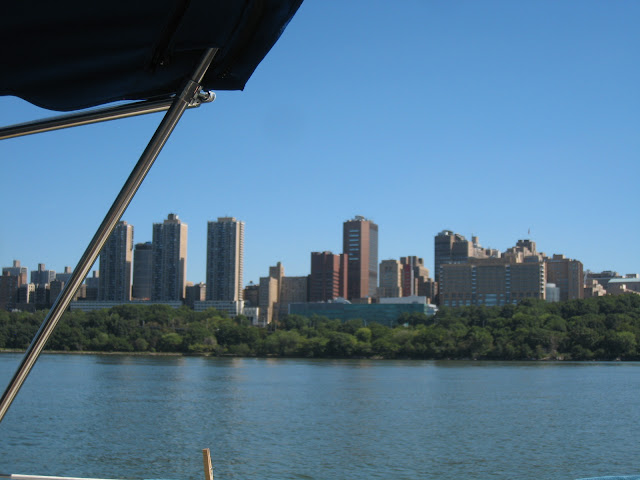 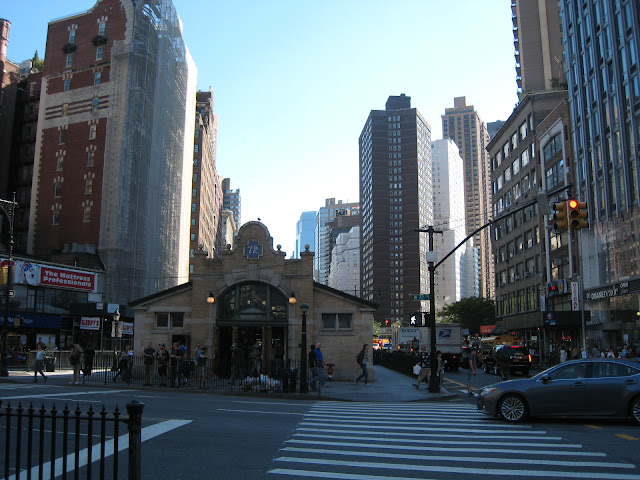 There is SO much to see and do in the city and so many people going every direction at faster-than-light speeds that it was a bit overwhelming at first. We walked all over and saw some amazing sights, 90% of which I don't know a thing about but were still fun to see.
Easily our favorite part of being in New York was meeting up with Kelley and Jason from Sailing Chance, sipping some cocktails and having a grand old time on the Grand Banks with a front row seat of the NYC skyline! Having cruised for a couple years, they were full of fantastic stories, advice and encouragement. Unfortunately, it was a week night and both Kelley and Jason and we had to get back to our respective boats to let our dogs out or the party might have gotten pretty out of hand (like that would have been a bad thing). Either way, it was a fun evening and we're looking forward to meeting up with them somewhere sometime!
After two days in the city Ron and I decided to head to South to Sandy Hook, NJ where we hoped to have a little more peace and quiet and a free anchorage waiting for us. So we said a temporary goodbye to Chris and Jim with plans to meet up somewhere along the way to the Boat Show in Annapolis, MD and headed out through New York Harbor. We dodged tour boats, ferries, freighters and all kinds of barges on one side and had by Ellis Island and the Statue of Liberty on the other as we crossed the harbor. I would have loved the chance to get my history fix at Ellis Island, maybe next time!
By the way, we're now officially on the big briney, no-lexie-don't-drink-the-water OCEAN!! Now we know what people meant when they said salt water never dries and we're seeing first hand little bits of rust appearing on the boat. Getting ready for some new maintenance projects but all you have to do is take a deep breath of that salt air to make it all worth it!
Posted by Skelton Crew at 12:53 PM