It seems like we've been on the ICW (Intracoastal Waterway...FYI) for-ever. Moving anywhere from 30 to 60 miles a day down the East Coast can make for a pretty long trip. Don't get me wrong, we've had a great time and seen a ton of stuff but after motoring day after day, dealing with boat traffic and bridges with timed openings, we're looking forward to some open water!

We've debated jumping out in the ocean again but until recently there were hundreds of miles between inlets and we just weren't desperate enough to do another overnight quite yet. So we keep trudging along. At 5mph.
To add to the excitement of just motoring/motorsailing down the ICW, we've now had to add in timing the tides to avoid what sounds like some pretty serious shoaling in the southern portions and so far we've managed to not hit bottom **knock on wood**. As the shoaling gets worse farther south though, there's also more usable inlets and we look forward to jumping back out and sailing on the ocean again as we continue on. Our mainsail is going to have some serious rust mold to shake off! 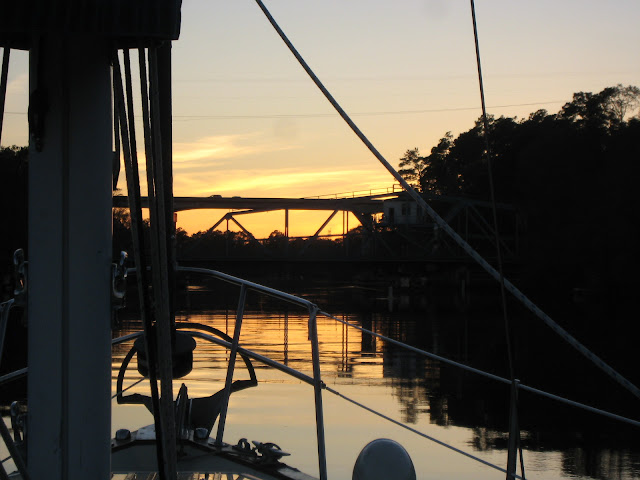 One day after traveling for almost 12 hours, we cracked and went to Osprey Marina instead of trying to anchor up a creek (we're up creeks pretty regularly these days) in the dark. And boy did we luck out! Not only was the marina $1ft with power and raging hot showers, but we also got an actual goody bag. First time for a goody bag here. Besides getting all the vital codes and services information, we also found a pen, sticky notes, honeybuns AND a jar of pepper jelly with a sleeve of crackers to go with it. What?!?! Toss in the massive area for the dog to run (sans the burrs we've been running into lately) and the 25 cents/ft charge after 3 days and we were tempted to make the greater Myrtle Beach area our home away from home for a bit. Until our senses kicked in and we left the next morning. If you're ever in the area and need a marina, I highly recommend Osprey. 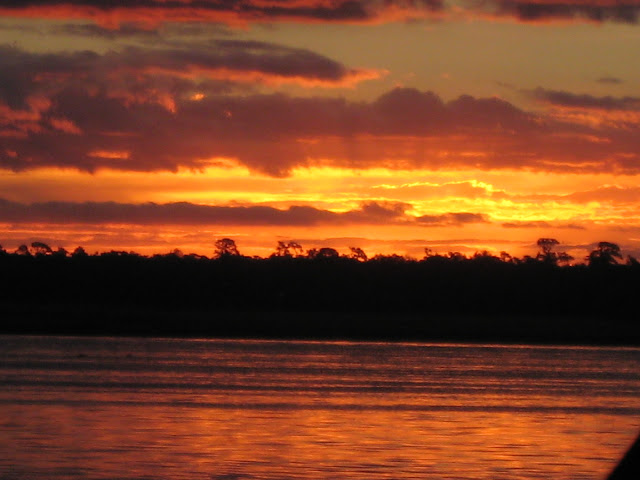 Then there's the wildlife...oh, the wildlife we've seen! Ron claims he saw an alligator once when I was down in the boat but there isn't anybody else to corroborate his story so I'm not sure we can count that one. Besides the phantom gator we've seen so much - pelicans and various seabirds diving for fish, dolphins feeding and following the boat, bald eagles perched in trees and catching fish, a wild pig munching on grass...a veritable safari! And, I have to tell you, the scariest of them all are the dolphins! No joke. Several times now I've nearly lost control of my bladder and had uncontrollable swearing fits when they show up, from out of nowhere, and surface close to the boat. After I regain bodily control I can take in the beauty of the moment, but that first moment isn't pretty for me. Maybe I need some Xanax.
Then there's something even scarier than the dolphins...the pent-up boat dog that's finally cut loose!!! 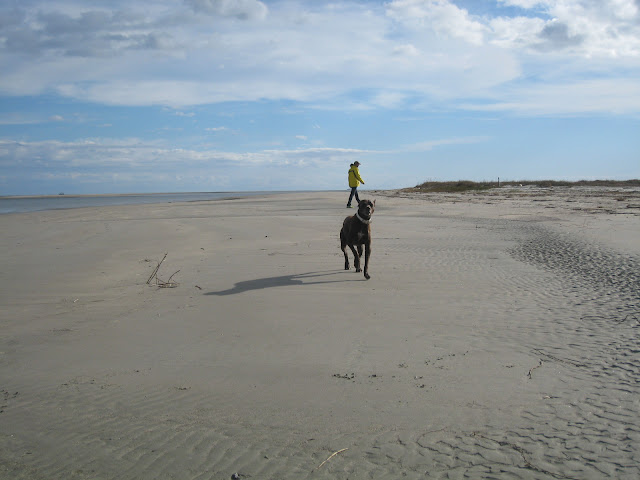 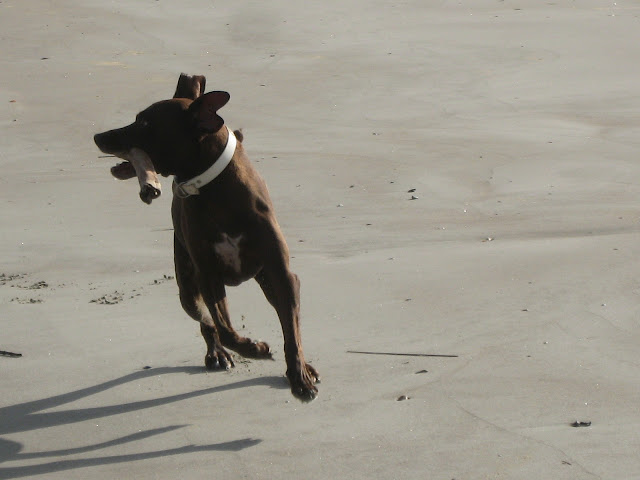 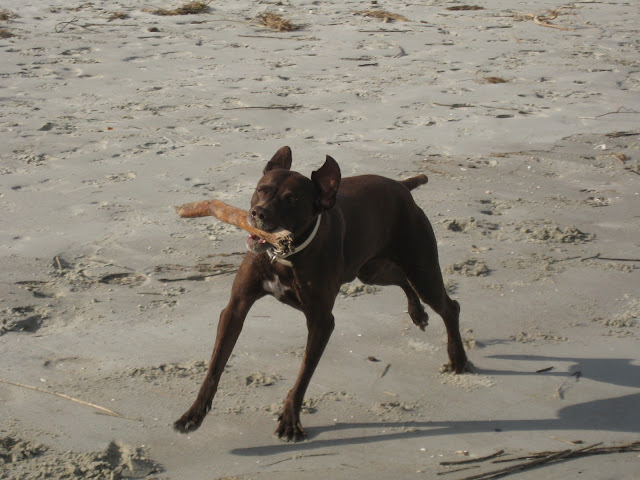