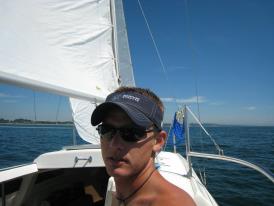 Ron grew up on a lake in Southwest Michigan where his youth was consumed by all things water; swimming, diving, fishing and sailing.  He was introduced to sailing during a Boy Scouts summer camp and soon after got a 16' Sunfish to continue the fun.  After getting his Sunfish he quickly learned valuable sailing skills while simultaneously risking the lives of his best friends by regularly sailing in the windiest, white-knuckle conditions possible.  His love of water lead him to follow a career into commercial diving in which he currently works around the Great Lakes. 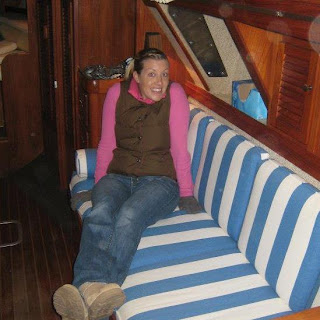 Jackie grew up on the same lake in Southwest Michigan.  Although she's always had a love for the water, it wasn't until meeting Ron that she got interested in sailing and diving.  As an individual with little to no circulation she is always in search of warmth and sunshine, something very fleeting in Southwest Michigan the majority of the time.  She is a planner who wouldn't know how to function without her color coded planner and is quickly learning the value of "going with it".  She currently works as a Public Health Nurse to help fund the cruising kitty. 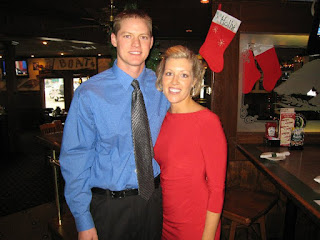 Our story started as any other fairytale love; in a dark, smokey line-dancing bar where the booze was flowing like water.  Despite growing up only a couple miles from eachother, we didn't meet until after high school.  After dating for four years, we were married in 2008.  In 2011 we bought our first sailboat, a MacGregor 26X.  In 2012 we sold the MacG and bought the boat that will take us on our adventure; an S2 11.0A. 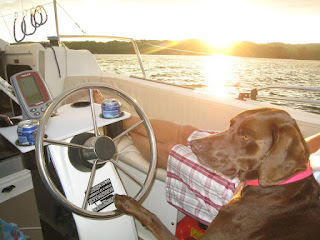 Lexie is a water-loving German Shorthair whose tail never seems to stop wagging.  She is new to sailing but learning the ropes right along with Ron and Jackie...maybe even better. 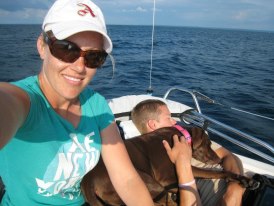 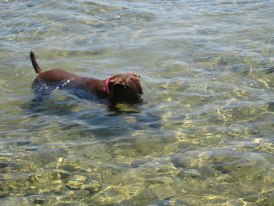